We Clear Up 4 Common Plumbing Myths 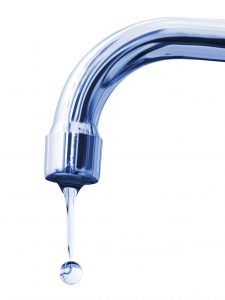 When our plumbers show up to a home, they are often recruited to teach homeowners and help them understand how their plumbing systems actually work. People are often surprised to hear that their garbage disposals aren’t as sharp as they think, that their noisy water heater probably won’t explode, or that they could have thawed a frozen pipe on their own.

We want to help spread this information widely, and make sure homeowners can maintain their plumbing systems in the best ways possible. Here, we break down 4 different plumbing myths we hear a lot, and tell you what you should really do to keep your plumbing system in the best condition possible.

Myth #1: My Garbage Disposal Has Sharp Blades That Can Handle Anything

As much as we’d like to believe this, it’s simply untrue. Your garbage disposal cannot handle whatever you throw at it, mainly because the “blades” of the disposal unit probably don’t look the way you’re picturing.

Rather than sharp, metal blades, your garbage disposal has a impeller operated by a motor that spins it quickly. This impeller has “blades,” in a sense, but they are not at all sharp. Their job is to provide the centrifugal force necessary to push food against the grinder ring that breaks it up into pieces so it can move down the drain.

Make sure you only put down the drain and garbage disposal what you could chew with your own teeth.

Myth #2: Grease Is Harmless in the Drains

Fats, oil, and grease are some of the biggest threats to your drain and sewer system. These substances are often in liquid form as you pour them down the drain. But when they cool off, they become solids. They solidify into a sticky residue in the lining of your drains.

As time goes on, and more debris goes down the pipe, it collects onto the pipe lining with ease, sticking to the residue so that the blockage becomes larger and larger. It’s better to do whatever you can to keep grease out of the pipes! Pour baking grease and fats in a separate container instead, to be thrown away later.

Many people do not act when they find their pipes have frozen, assuming the pipe is only going to burst anyway. But this isn’t always the case. Frozen pipes actually burst while they thaw due to expanding and contracting of the pipes in the process. It’s better to act and be prepared with towels than to wait for the problem to get worse and the pipe to burst when you least expect it. Apply heat with a blow dryer or other heating source (but not an open flame).

Myth #4: Plumbing Leaks in My Home Aren’t a Big Deal

Think you can ignore that small plumbing leak? You might put a bucket down under the sink and leave it be. Or, if the leak comes from the faucet, you might not worry too much about what to do next, since the “drip-drip-drip” can be hidden by closing the door.

However, the average home’s plumbing leaks account for about 10,000 gallons of water wasted every year! That means higher bills and wasted resources, but it’s something you can avoid. Get your plumbing leaks repaired ASAP.